On the occasion of the publication of the book, WORM, Rotterdam, hosts a true Truus de Groot extravaganza. From 4-20 November, you can visit the exhibition GRIT. Truus de Groot in New York City at WORM’s S/ash Gallery. Here, the photos are on view alongside (super-8) films made by Truus, soundscapes, documents, and objects from her personal archives. Truus will be coming to Rotterdam for a very special Plus Instruments concert (3 November), an Expanded Radio show (13 November), a Movie Night (16 November), and a residency at WORM. We also join Zine Camp (5-6 November) with an exhibition, a talk, and a workshop.

You are warmly invited to join the book launch & opening on Thursday 3 November!

Following the opening, the concert starts at 20:00 – Truus de Groot plays Plus Instruments with Mathijs Burgler (Rats On Rafts) on drums & special guests. With support OTTO and DJ Oscar. 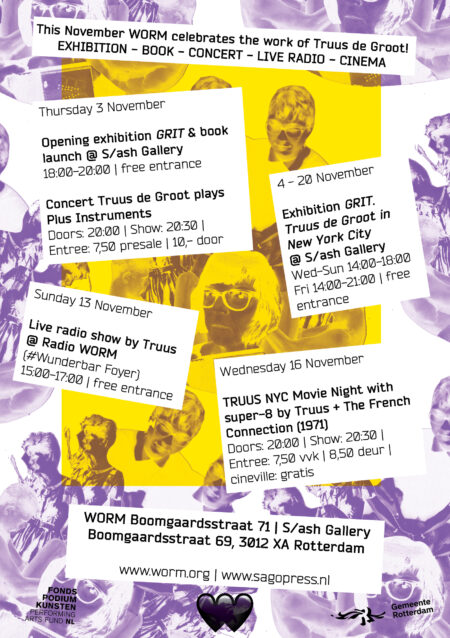 My solo exhibition ‘Objects of Desire’ can be viewed until 8 October in HOK Gallery, The Hague.

The exhibition is centered around a series of collages for which I cut up images from the catalogue of an art and antiques fair. By cutting up the catalogue, ‘stretching’, fusing, and warping the images, I have made these valuable objects my own. 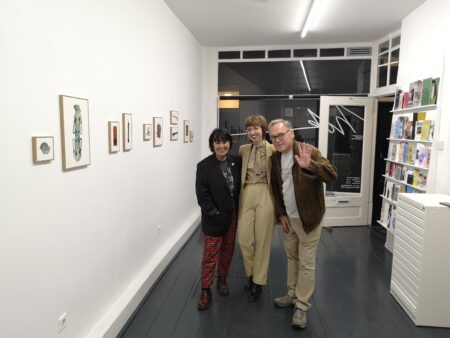 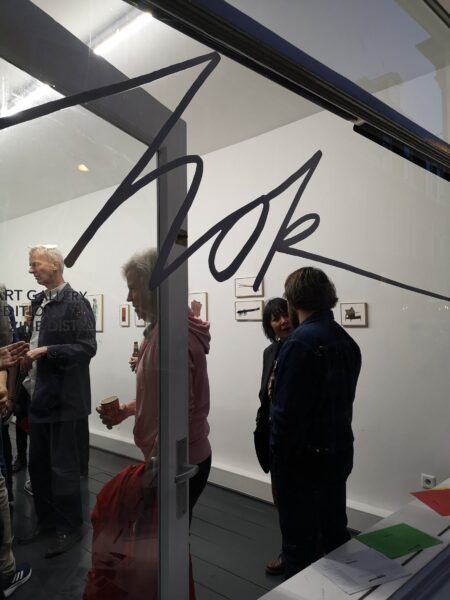 Until  Thursday 8 September (around 8pm), I will be showing a collage installation in De Aanschouw on invitation of curator Anne Kolbe. The work can be viewed 24/7 in the showcase of Café de Schouw in Witte de Withstraat, Rotterdam. 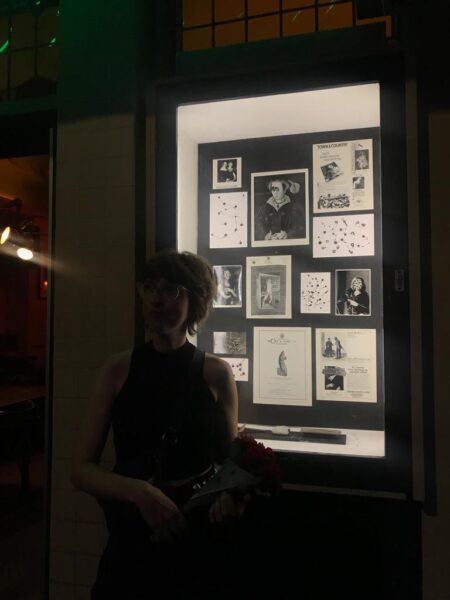 This autumn I will present my new collage series (and more) at HOK Gallery, The Hague.

For the series Objects of Desire I cut up the catalogue of an antique fair. ‘Stretching’, warping and fusing the images of collectibles resulted in a new series of surrealist, impossible objects. 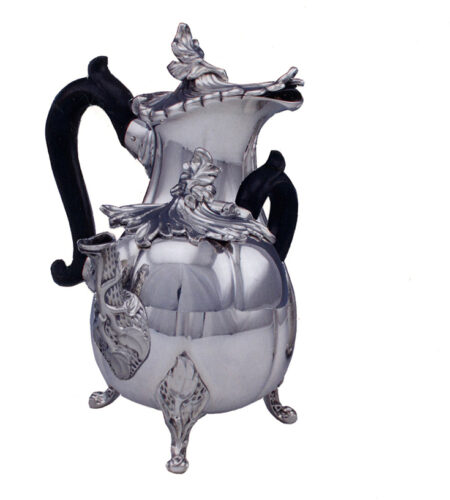 Together with Lula Valletta I am curating a ‘quick & dirty’ collage exhibition at HOK! 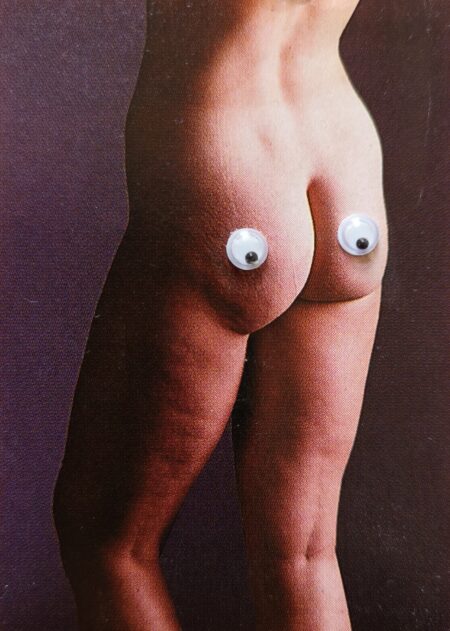 Voor Quetzal Art Center in Vidigueira, Portugal, I wrote a text for the group exhibition ‘Thru the Mirror’ with works by Martha Colburn, Joyce Pensato, Özgür Kar, and Catherine Biocca. A reflection involving cartoons, talking carpets and confronting visions of our cruel world. 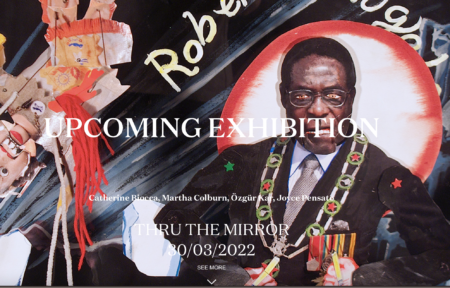 Out now: Magic Visions. Portraying and Inventing South Africa with Lantern Slides, an edited volume exploring the collection of lantern slides of the Zuid-Afrikahuis, Amsterdam. My contribution consists of a series of darkroom prints that I made using damaged lantern slides from the collection and an accompanying essay about the process of making these and the magic of patina. 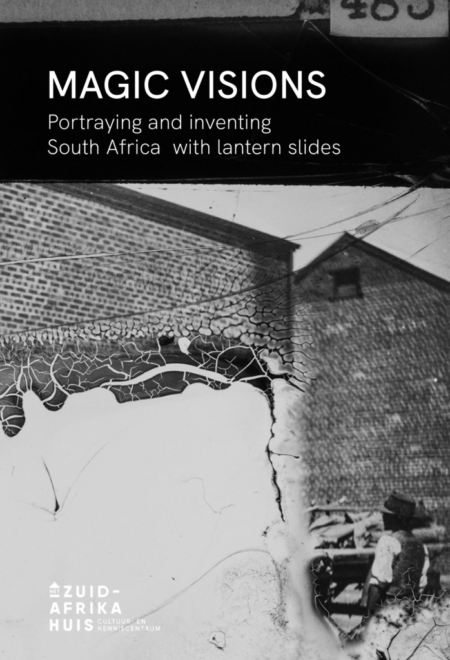 From 26 November until 30 December 2021, HOK Gallery presents a solo exhibition of Isabel Reitemeyer – one of my favorite collage artists. I was thrilled to write an essay for the accompanying publication: ‘The Eyes Are the First to Go’.
Editorial design: Lula Valletta | Riso printed by Stencilwerck | Published in a numbered edition of 50. 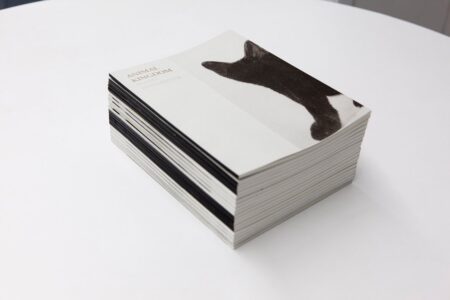 For Tubelight #118 I wrote a column about the exhibition Adventures Under Ground, Alice in Wonderland (recently republished by Stencilwerck) and ‘tumbling’ versus ‘hesitating’.

Read the column (in Dutch) here. 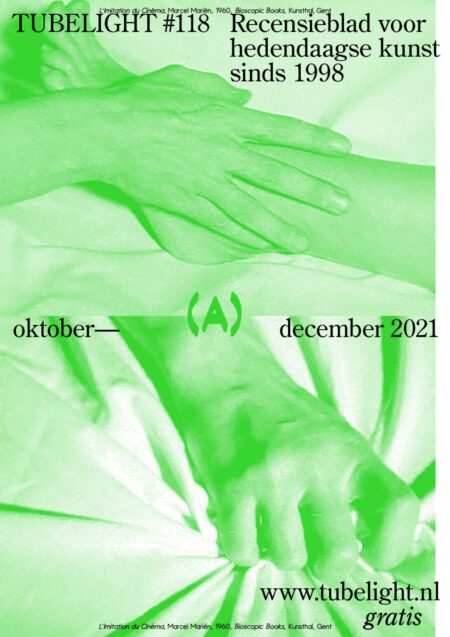 I’m taking part in the group exhibition ‘Breaking the Mold’ in HOK Gallery (10 July – 7 August 2021), an exhibition inspired by Poly Styrene of X-Ray Spex. Oh bondage, up yours! 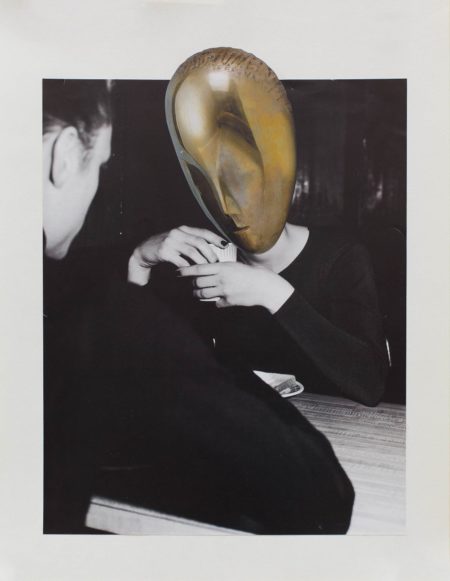